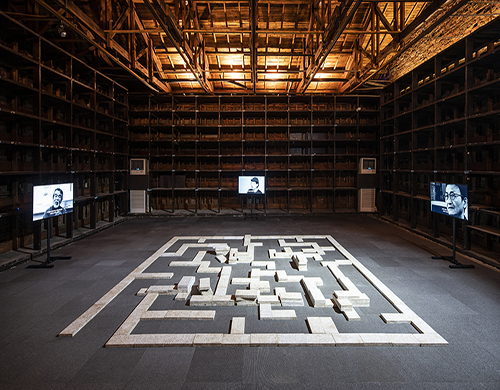 Memory Archive (2019) is a video installation that shows how Korean and Japanese people remember the former Japanese Governor-General building(韓國統監府) in Seoul, demolished in 1995. I interviewed 6 Korean and Japanese people who visited or remember the building to find out what their personal memories of the building are. In particular, some of the interviewees were against the demolition of  the building publicly, which meant they were considered to be pro-Japanese in Korean society. The interviews are played on 3 monitors, as if the participants are talking to one another outside an installation of stones which resembles an incomplete maze.